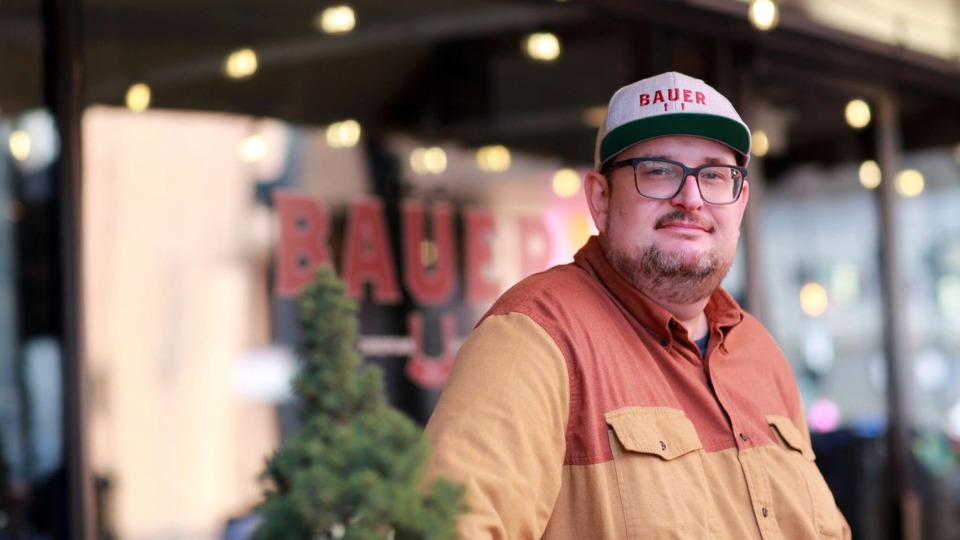 A Crusader chef will use his culinary chops to expand a local restaurant.

Chef Jackson Rouse ‘93 joined forces with the owners of Baüer Farm Kitchen, in Downtown Cincinnati, to expand the restaurant to include a new German-themed coffee and lunch shop. The expansion, Baüer Markt, will be located on the first floor of 435 Elm Street.

“We are very proud to offer Cincinnati’s Germanic heritage with our new Baüer-by-day concept,” Rouse said in a press release. “Featuring all of this city’s ethnic-inspired favorites at an affordable price point for businessmen and women in the Central Business District, we hope to educate the palates in the region to the beauty of German cuisine.”

Baüer Markt plans to serve early morning and lunchtime favorites and will have a full espresso bar with coffee sourced from Sharonville-based Coffee Make. Rouse hopes to have Baüer Markt open for business by early 2019, if not before.

In addition to opening the new restaurant, Jackson also took part in the Taste of the World event at the Breeder’s Cup at Churchill Downs in November. He was invited by celebrity chef, Bobby Flay, the ambassador for the event that also includes several other well-known chefs. Taste of the World is a culinary event in which one chef represents each country and prepares a dish associated with that country. Jackson represented Germany. His dish was black truffle and rabbit pelmeni with rabbit chamomile broth and a selection of local vegetables, foraged mushrooms, and chickweed..

If all of that wasn’t enough, Jackson and his wife, Meg, welcomed their third child, a little boy named Forrest, a few months ago.

You can learn more about Bauer Markt by visiting the website www.bauercincinnati.com. Congratulations, Chef Jackson, and best of luck with your newest venture.